Gamaga’s expertise is in 2D and pixel graphic artwork 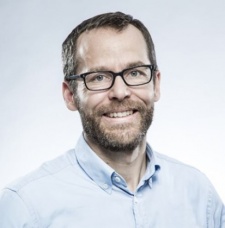 The acquisition has valued Gamaga at somewhere between $5 million and $7 million, with completion of the transaction expected sometime this month.

Since 2021, Gamaga has supported Kongregate’s blockchain gaming initiatives and the new deal will internalise a close working relationship in the NFT and blockchain gaming space. Gamaga’s development team has also previously worked on games with brands such as Sony, Div3rsion and iEntertainment Network, with one of its latest games being based on the Netflix show Cobra Kai.

A recent report by Newzoo outlined 10 key trends it expects to see in the future of the metaverse.

"Gamaga is a key partner on our journey to bring players new and innovative gaming experiences built around blockchain and NFT technology. The transaction will enable us to continue executing on our NFT strategy and move faster towards our vision of creating an integrated gaming experience that enables players to become owners in their gaming journey," said Kongregate CEO Markus Lipp.

"It’s my pleasure to welcome all of Gamaga’s talented team to our gaming village. I look forward to continuing our close work to position Kongregate as a pioneer in NFT gaming."

Earlier this week, Verve Group acquired mobile DSP Dataseat for an undisclosed sum, with all of the company’s existing employees joining the company.