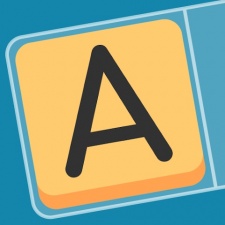 The return of The Very Big Indie Pitch continues unabated, after incredibly successful runs at Pocket Gamer Connects London and Seattle, with the first in-person event hosted in Toronto, Canada! Dozens of mobile, PC, and console developers pitched their game concepts, playable demos, and raw passion to a panel of judges within the industry and media at PGC Toronto, with the winners announced at the event.

The Very Big Indie Pitch is our bumper edition competition where even more developers are able to pitch an ever-increasing range of brand new and diverse gaming experiences from some of the most exciting indie developers across the globe.

As always, the developers gave it everything they had in order to walk away as the winner. An award that was bestowed upon Addagrams. Though it is certainly worth highlighting how well received our eventual runner-up Orna: the GPS RPG was too.

In this challenging new take on the ever-popular word-based puzzle genre players must rearrange six letters in order to create a pair of words that must be more than three letters long. Of course, it's not as simple as it first seems, as, despite a new letter being added in each round, players are only allowed to use a word once. Each letter gives you a point, and whilst you don't have to use all of the available tiles, it's always possible to use all of them. What's more, for those who can, there are bonus points on offer if you can. In fact, using them all is the only way to achieve a perfect score of 99.

All in all, thanks to this never-before-seen take on one of the most popular genres in the mobile sphere, Noah Rosenfield has managed to offer not only something fresh, but something that is as equally creative as it is personal to the player each and every time they sit down to play the game.

Ever wanted to turn the real world into a classic role-playing adventure? Well if so, Orna is the game for you. You see, in this GPS-powered multiplayer RPG players have the opportunity to not only build their very own base of operations, but also the chance to collect items, upgrade weapons, and of course, partake in challenging turn-based combat.

That's not all though, as players can also do battle over real-world landmarks and literally set off on their own adventure exploring not only the world created within the game but the natural world around them too.