The company’s mobile portfolio has exceeded $828 million to date 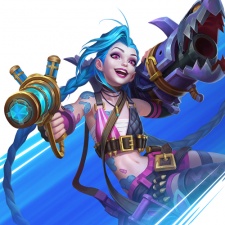 Originally launched in 2020, the game has become one of the world’s top MOBA titles. Sensor Tower data shows that the title was ranked as the second-highest revenue generating game of the genre for H1 2022, earning approximately $218 million. This puts it behind only Honour of Kings, which generated $1.4 billion in the same period.

This also makes League of Legends: Wild Rift the most successful of Riot Games’ three mobile titles to date, earning 40 per cent more than Teamfight Tactics, which has accumulated $299 million. The third game in the company’s mobile portfolio, Legends of Runeterra, has earned more than $24 million to fate. In total, the company’s mobile portfolio has earned $828 million in revenue in the sixteen months since it entered the space.

The game has found particular success in China, where it’s published and operated by Tencent. 72.2 per cent of player spending – $364.6 million – is due to the game’s success in the country, and the Chinese launch sparked a $79 million worldwide take in October 2021 – the game’s best month since launch. In contrast the United States, which is in second place in terms of player spending, is responsible for just 6.8 per cent of global lifetime revenue.

China also accounts for 74.2 per cent of player spending for the company’s portfolio of mobile titles as a whole.

All three games in Riot Games’ mobile are based on the globally successful League of Legends IP. Both League of Legends: Wild Rift and Teamfight Tactics are published by Tencent, which is the world’s most profitable video game company. This comes in spite of the fact that it was denied a license for an upcoming game earlier this month.