“As much to blame for a recession as inflation” 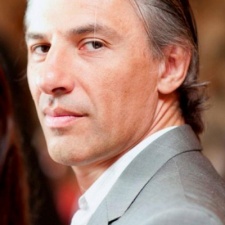 The recent changes to iOS 14, which have led to increased privacy for the consumer, is having a sizable impact on small and medium-sized business, claims HonTe founder and CIO Alex Gurevich on Twitter.

Gurevich stated that customer acquisition costs have doubled, in some cases increasing as much as 60 per cent, resulting in difficulty for small merchants, online brands, and local SMBs to “acquire customers in a capital efficient way, while growing and staying Independent.”

Gurevich also noted that SMBs represent 44 per cent of GDP, and 64 per cent rely on online targeting. However, these businesses are experiencing a 50-60 per cent revenue drop, which Gurevich states “could be leading to as much recessionary pressure as inflation and other macro factors.”

However, he also remarked that people are reluctant to speak out about these issues, both due to Apple’s profile and due to the fact that doing so could come off as “anti-privacy.”

6) Amongst the various people I talk to in my network, there is a broad based expectation that @Apple will come out with a more robust advertising offering themselves, which in hindsight will make their actions look highly monopolistic all while waving the privacy flag.

Gurevich cites a 2020 report by Meta in his findings, which states that small businesses are forced to “turn to subscriptions and other in-app payments, meaning Apple will profit and many free services will have to start charging or exit the market".

The updates to the iOS 14 policy means that Small businesses reliant on targeted ads could see cuts of over 60 per cent of website sales from ads. The study also criticizes Apple’s decision to exempt its own personal ad platform from the policy.

In short, it seems like Apple’s attempts to cater to people’s desire for privacy, in Gurevich’s view, are having a greater impact on smaller businesses which are reliant on targeted ads for user acquisition. These businesses have a lower profile, and simply can’t compete with bigger names who can attract more users organically.

Last month, we reported that 68 per cent of mobile game developers are finding it difficult to market their titles in the wake of Apple's ATT. The policies are currently under investigation by the German cartel office.