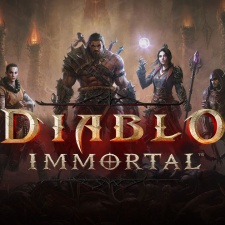 Only days after Activision Blizzard's Diablo Immortal launched in China, reaching 20 million downloads globally, it has surpassed $100 million in worldwide player spending across the App Store and Google Play.

The multiplayer role-playing game, initially released on June 2nd, took eight weeks to hit this landmark, earning over $1 million every day in its first month.

Diablo Immortal became the most downloaded app on the Apple App Store in China in the first two days in that region. As of July 26th, the mobile game ranked as the second highest-grossing game in China. While the game is going great guns in China, the US is still the mobile game's main source of revenue, followed by South Korea, and Japan.

Other leading video game titles now available on mobiles, such as Pokémon GO and Fire Emblem Heroes, took two and ten weeks to reach this figure respectively. This makes Diablo Immortal the second-fastest mobile title to pass the $100m threshold, behind only Niantic's augmented reality phenomenon of 2106.