The program will help developers, build, test, and market their free-to-play games 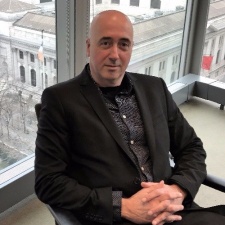 Through this program, Product Madness hope to foster the creation of genre-defining titles.

“Product Madness’ unique approach to game development brings together the very best in visual design, digital entertainment and marketing. With a catalogue of global smash hit titles developed in-house, we can’t wait to harness our tried and tested approach to support the next generation of game developers. Our team’s passion for innovation and creativity sits at the core of Madness Ventures, and I believe a programme of this kind has never been seen before,” added Pakula.

The USP of the incubator programme is the level of support offered by Product Madness, which has published titles such as Heart of Vegas and Lightning Link.

In addition to this, developers will have the opportunity to secure funding at each incubation stage. Successful applicants will also have access to the company’s resources, and talent.

Madness Ventures separates the development process into three incubator stages – core prototyping and testing, the full prototype, and strategic partnerships. The funding and guidance will allow developers to utilise the company’s expertise during game development.

At the same time, Madness Ventures offers creative independence to developers, giving them full ownership of the developed IPs.

Tali Tzukerman of Madness Ventures: Shining a spotlight on our mobile dev stars of tomorrow

Calypte on creating a collaborative environment