The company has dodged the current trend of decline 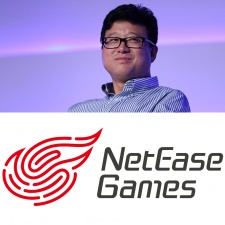 Chinese tech giant NetEase has released its financial statement for the second quarter of 2022, showing net revenue of $3.5 billion – a 12.8 per cent increase compared to the same period in 2021.

Games and related services proved particularly successful for the company, with net revenue for the sector increasing 15 per cent year-on-year to $2.7 billion.

Cloud Music also saw a 29.5 per cent increase in year-on-year revenue to $327.2 million, while innovative businesses and other net revenue increased 6.1 per cent in the same period, reaching £279.4 million in total.

However, revenue for search engine Youdao decreased by 26.1 per cent over the year, with the latest figure being $142.8 million.

Gross profit for the quarter increased 15.7 percent year-on-year to $1.9 billion. Total operating expenses also increased by 7.6 per cent to $1.2 billion.

Although many companies in the mobile gaming sector have seen a period of decline, it appears that NetEase has managed to break this trend. Much of the decline can be attributed to the easing of lockdown restrictions, which had previously triggered a boom for the sector.

NetEase’s success can be attributed to the continued success of titles such as Fantasy Westward Journey and Identity V, as well as the massive success of Diablo Immortal, which was released in June. The game topped download charts in multiple countries, and made $49 million dollars in its first month of release.

"In the second quarter, we generated solid results with total net revenues of RMB23.2 billion, an increase of 12.8% year-over-year," said NetEase CEO and director William Ding. "Players continued to gravitate to our longstanding games in the second quarter, highlighting our strength in game operations longevity. Moreover, the launch of Diablo Immortal attracted the attention of gamers around the world, showcasing our exceptional mobile game development capabilities.

“With our strong in-house R&D team in China and our very own studios in Canada, Japan and the U.S., as well as plans for other regions in the future, we are spearheading the next generation of top-quality games for the global gaming community.”

Last year, we listed NetEase as number 10 on our list of the top 50 mobile game makers. We'll be revealing our list for 2022 later this month.