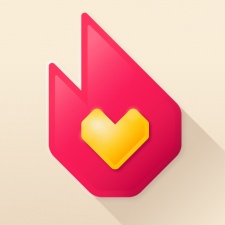 Cortex is Fandom’s tabletop role-playing game (TTRPG) business, from the creators of D&D Beyond and award-winning designer Cam Banks. It is a highly-customizable Cortex system that uses a set of modular rules and mechanics, allowing players to build their own worlds, characters, and stories.

“As we looked to exit the RPG business with our recent sale of D&D Beyond to Hasbro, we were laser-focused on finding Cortex the right home with a company who would nurture and grow the business with a fan-first mindset. I’m confident we found that with Dire Wolf Digital,” said Fandom chief business officer Michael Chiang.

“Dire Wolf’s enthusiasm and passion for the RPG space, as well as their intent to dive right in and grow the product with a new expansion already in development, will ensure fans won’t miss a beat and are well taken care of for years to come.”

The announcement revealed that Dire Wolf Digital will manage the ENNIE award-winning Tales of Xadia: The Dragon Prince Roleplaying Game, a game based on the critically-acclaimed Netflix series, The Dragon Prince.

“We’re incredibly excited by the prospect of pairing what Cortex and Tales of Xadia have begun with our expertise in creating digital experiences,” Dire Wolf Digital president Scott Martins.

“We are huge fans of The Dragon Prince, and we’re looking forward to Season 4 along with everyone else. We’re especially excited about working with Wonderstorm on even more great experiences for fans of Tales of Xadia going forward.”

This week we have seen a couple of significant acquisitions. NetEase acquired French developer and publisher Quantic Dream, which will become its first European studio, and Roblox acquired the start-up virtual games company TriplePlay.