The company aims to shake up the blockchain gaming market 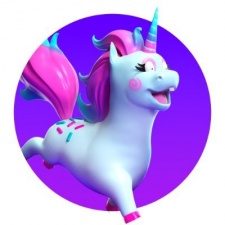 Game development and R&D studio Laguna Games, which specializes in Web3 and blockchain games, has announced that it’s expanding its Crypto Unicorns franchise with four new games for Android and iOS.

The games are developed in-house alongside strategic partners, and will bring the farming simulation and collectible game to the casual mobile market.

Machine learning and digital performance solutions Moloco reports that the hypercasual genre accounts for almost half of all mobile game installs. This dominance of the mobile market has been in place since 2017, and the genre generates over three billion dollars in annual revenue.

Additionally, the simplicity of the gameplay and its ability to onboard more users than any other category of mobile titles makes it an attractive prospect for investors.

Another link in the blockchain

The four games are:

Since Crypto Unicorns launched in 2021, players have gathered 2200 ETH worth of land and pet collectibles in-game – the equivalent of around $3.4 million. The game has been named the top project on Polygon, and is aiming to bring casual mobile gaming to Web3, taking the NFT gaming market past static JPEG and staking-based gameplay.

However, although the games are based on the blockchain, players aren’t required to use cryptocurrency or NFT’s to enjoy the full experience offered. Laguna Games hopes that the release of its new titles will mark the first wave of hybrid, casual blockchain titles.

While we maintain a list of some of the most noteworthy blockchain games at Pocketgamer.biz, our sister site, Blockchaingamer.biz, focuses more specifically on the industry.