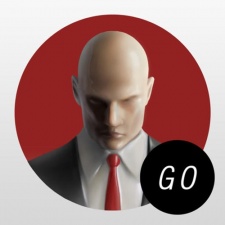 Danish developer IO Interactive recently published its annual report, stating that the company is eyeing up a space in the mobile gaming market.

“IO will continue its diversification of products through new platforms, namely mobile gaming. We continue to look for publishing opportunities for other companies and their games.”

The company is best known for the Hitman franchise, which sees players control assassin Agent 47 on his missions. The series has seen massive success, including a film adaptation and two mobile games, developed by Square Enix Montreal.

The 2021-2022 financial year proved successful for the company, with revenue of $72.4 million – a 7 per cent year-on-year increase, and more than twice what was anticipated. This was partly due to the ongoing success of Hitman, with Hitman 3 being released in 2021 and recouping its development costs within the first year, continuing with its strong performance since then.

Mobile is the most popular gaming platform worldwide, thanks in part to availability, and remains an attractive route for investment due to cheaper development costs and a quicker development schedule compared to other platforms.

By entering the mobile market, the company hopes that they can further scale their business.
To this end, the company is considering opening additional subsidiary studios. It’s unclear at this point whether these studios, should IO Interactive proceed with opening them, will work on mobile games, console or PC titles, or some combination of all three.

It’s also unclear whether the company will leverage its existing portfolio of games in its attempts to break into the mobile market, or focus on new titles.

Should the move go ahead, this would be just the latest in a long string of games companies working on other platforms breaking into the mobile market. We wrote last week that PlayStation Mobile is seeking to acquire mobile studios as it continues to expand into the space.

Hot Five: September 5th. The biggest stories from the last seven days, in a bite-sized digest