The game hits 38m installs in its first year. 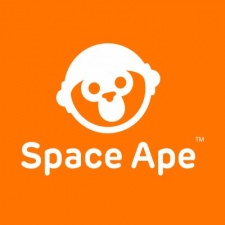 Space Ape are celebrating the one year anniversary of their massive hit Beatstar this week, and the stats are impressive. With 38m downloads and $73m in revenue it swiftly danced its way into the top grossing spot for music games globally, and has shared $16m with publishers and labels for music used in the title.

There are over 300 songs and artists in the game to date, and Beatstar has become a major marketing platform for the rollout of new tracks by top artists including Eminem, Shakira and David Guetta to name but a few. Working with big label and publishing partners such as Sony, Warner, Universal, BMG and Domino has allowed Space Ape to create a viable new avenue for the music industry to target new, broad audiences, with new the top songs within the game getting up to 1.1m plays per day.

Speaking to our friends over at Mobilegamer.biz, Space Ape Music and Marketing lead Paul Thackwray said "Music discovery and engagement is core to the Beatstar experience and has helped the game become an amazing new music discovery platform, our music industry partners are on the lookout for interesting ways of reaching new audiences, and allowing existing fans to experience their music in a new way. When you consider how engaged a player is with a song while they’re playing, you can understand why we think you’ll see more and more artists releasing their songs in this way.”

For those uninitiated, players tap and swipe the screen in time to the instruments, vocals or beats of their favourite songs with haptic responses allowing them to feel the music pulsing through their fingers. The playlists are varied enough that there should be plenty to keep every music taste interested, ranging from Bruno Mars and Justin Bieber to Erykah Badu and Muse with literally hundreds more in between.

As part of Beatstar’s one-year anniversary celebrations the new single ‘Baddie’ by development artist MK xyz who is signed to Epic Records and managed by Tricky Stewart will be released for FREE to all players during a 7-day exclusive, running from August 26 until September 2. Beatstar will also host a dedicated multiplayer event on August 31 and launch a gem incentivized pre-save campaign to push “Baddie” on Spotify and Apple Music for release day.

This isn't all the Space Ape folk have in their arsenal either, boss Simon Hade has said that they're ready to unleash more with Boom Beach: Frontiers to follow on from their highly successful Boom Beach: Frontline, and potentially two more titles to come soon,