Video ads prove to be the dominant user acquisition channel 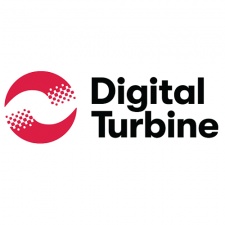 Digital Turbine has unveiled the results of its App Install Marketing Survey, which asked respondents 28 questions regarding their strategies and resulting user acquisition.

61 percent of publishers have adapted to Apple’s SKAdNetwork – an increase of 25 percent from 2021. 27 percent plan to adapt to the network and use the network, a decrease from 48 percent in 2021.

It should be noted, however, that several of the respondents may have responded to either last year or this year’s survey, rather than both, and others who planned to adapt to the network in 2021 may already have done so.

A slim majority of publishers surveyed – 50.4 percent – work with ad networks and UA methods on iOS that don’t support SKAdNetwork.

Following the launch of SKAdNetwork, several UA channels have seen an increase in spend. Apple Search Ads led the charge with a 38 percent increase, although it should be noted this channel was already growing more popular prior to the launch of the network due to it being a required stop for every app install.

Video ads were ranked number one in terms of budget allocation with 46 percent of respondents stating that they allocate the majority of their UA budget on such ads. This is more than twice the number of respondents who spent more money on display ads, which came in second place at 18 percent.

64 percent of respondents claimed that rewarded ads – where the user gains an increasing in-game reward for consuming more video ads – are an effective UA channel, with 40 percent calling them “very” or “extremely” effective. This falls in line with several other studies which show that not only are rewarded ads effective, but they’re growing increasingly prevalent in a wider variety of apps.

Earlier this week, we wrote that 74 percent of consumers discover new apps through mobile advertising.