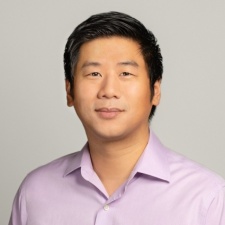 Wooga, who is part of the Playtika family brands after being acquired by them for a sum of $200 million back in 2018, is currently celebrating reaching a milestone of $500 million in lifetime revenue with its hidden object-based game June's Journey.

The free-to-play game June's Journey which features in-app purchases was released in 2017 and is currently the highest grossing hidden object game worldwide which currently makes it the biggest success so far for the company.

After achieving this $500 million milestone the Berlin-based mobile games developer will be looking forward to future successes with its other titles and growing the team at Wooga. This year alone the company has already made 62 new hires which places them at around 300 members of staff.

The managing director at Wooga games Nai Chang commented on the progress that has been made within the company saying “Wooga four years ago was one of the first gaming companies that set out to focus on story-driven casual games, and since then we are proud to have grown into one of the industry leaders in this category with the growing global success of June’s Journey”

Chang went on to talk about the types of games that Wooga aim to release “We have a strong foundation in story-driven casual games, with casual games that push the boundaries of the story-driven category, crafting compelling player fantasies where the player is the star and their actions drive the narrative forward.”

With the current success Wooga has seen from its games such as June's Journey and Switchcraft the company is planning to make use of its expanding team to continue supporting its current five game titles and expand upon its pocket-games portfolio in the future.

Other news from Wooga saw the head of marketing and the user acquisitions manager answering some questions about the growing mobile games industry.