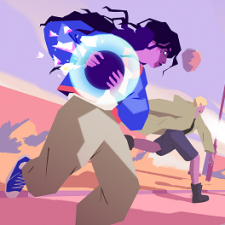 Desta: The Memories Between, which we previously reported on, launched today exclusively on Netflix games for iOS and Android. Alongside announcing an upcoming roadmap for console and pc ports, ustwo have reiterated their commitment to supporting charities with a donation from Desta’s profits to charity. The game will prominently explore elements of “gender identity, sexuality and queer friendships/relationships” as part of its story.

This move is both a noble gesture, and also points to Desta being part of a move to more mature and prestige releases via Netflix games. As we previously mentioned, the partnership between ustwo and Netflix seems to point to their intention to inject larger-scale and more feature-rich games to attract subscribers to their games section.

Given how Netflix has consistently sought out a socially conscious youth audience, commissioning shows that deal with subjects such as sexuality, gender identity and more (with varying levels of success) it should come as no surprise that Desta seeks to tackle such pertinent themes. The fact that ustwo are doing so via a mobile title is also important, as it seems Netflix aims to bring that level of introspective, dramatic narrative to their game titles.

Making the Netflix games section appealing, and a valuable aspect of a customer’s subscription could help to alleviate some of Netflix’s woes. It could also appeal to players who might otherwise not look to try a game like Desta, and thus further the audience of ustwo’s catalogue. Long-term support is a key element of Desta’s launch, with ustwo telling us that “Updates and content additions will be made in the months following launch, with all additions made playable as part of players' first runs.”

Desta: The Memories Between could prove to be for Netflix Games what Stranger Things was for the streaming service itself. But if not it will still be a hefty addition to the slim library of Netflix games. This coupled with Netflix opening its own studio certainly suggests that the streaming company isn’t giving up on games anytime soon.

Desta: The Memories Between has launched as of 6pm today exclusively on Netflix Games.