Mihoyo, Developers of Genshin Impact, were part of the second round of investment conducted by the GaaS provider. 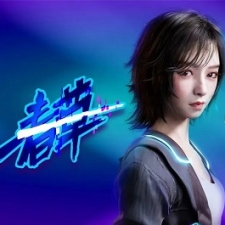 Well-Link, the provider of cloud graphics processing, has raised a large amount of funding in its B2 phase. The second round of investing, intended to attract new investors and grow the business, has proved dramatically successful. With an additional $40 million of funding, including from the developers of Genshin Impact Mihoyo, has led to Well-Link making plans for further expansion and possibly the creation of what they call a “digital actor.”

Graphics as a service (sometimes known as GPU as a service) is similar to cloud computing, in the sense that it offloads the graphics rendering to an outside service over an internet connection. Rather than creating an entirely virtual machine for gaming this instead reduces the cloud contribution to only one aspect, the graphics.

The idea of cloud gaming is not new, with services such as Google Stadia releasing to general scepticism from the gaming community. However, for mobile gaming, graphics as a service makes a great deal of sense. How do you deliver AAA quality graphics, but also utilise the existing hardware in a player’s hands without a full cloud gaming service? By simply performing the rendering on the provider’s end, the rest of the work can be done by the destination device.

Graphics as a service has since its inception mainly been aimed at businesses. Allowing companies to avoid having to purchase powerful but expensive hardware and graphics cards. Given the recent chip shortage further increasing the scarcity of these vital pieces of processing hardware, more than ever in all fields of computing from leisure to business graphics are becoming a potential avenue to exploit for a cloud computing business.

Interoperability for cross-platform play looks set to become a major hurdle across a variety of device capabilities. We previously sat down with Jochen Gary to discuss the trajectory of the mobile games industry, where the topic of cross-platform play was also brought up.