The rebranding will see a shift in focus toward web3 gaming 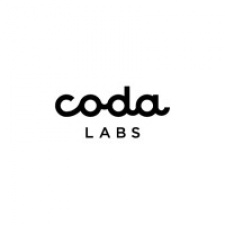 Publishing platform Coda has undergone rebranding and is now known as Coda Labs. Since it was founded in 2019 Coda Labs has published games that totalled more than 100 million in downloads and has 15,000 mobile game developers in its ecosystem. The rebranding will see a change in focus for the company as it will be looking to develop and launch web3 gaming experiences.

Earlier this year Coda Labs launched its first web3 product Infinite Arcade, which acts as a way for developers to integrate play to earn and NFT features into their existing titles. After the launch of Infinite Arcade and the new rebranding it would seem the company is looking forward to its future in developing first-party web3 games and creating web3 tech solutions for third-party titles.

Better for developers, better for players

Founder and CEO of Coda Labs Sekip Can Gökalp commented on the future of the company saying “The current model of platform fees and paid user acquisition is a boon for large tech platforms and a massive burden on developers. Coda Labs will place a stronger focus on social and community, and offer developers access to new and effective retention tools and revenue streams through on-chain technologies. Ultimately, we believe empowering developers will mean even better content for players.”

Gökalp also stated that mobile gaming and web3 have a huge amount to offer each other and that the company aims to build fun games using blockchain technology that will create new opportunities for game developers.

The team currently has several other projects in the works right now and recently announced a partnership with Laguna Games and Zaibatsu Interactive to build web3 mobile games for Crypto Unicorns community, which is a unicorn pet collection game.

Coda Labs are also backed by investors such as Supercell. Supercell is in our current top 50 game makers list.