Late last month, the company announced their MY.GAMES brand would be sold off for a reported $642m USD. 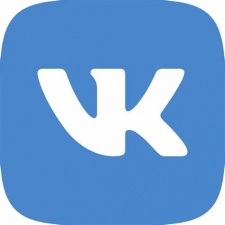 Russian tech giant VK has announced it will be ridding itself of its gaming division MY.GAMES. The deal, which is finalised as of the time of writing, will see VK transition to solely supporting their domestic VK Play service.

Too often we forget that the geopolitical and economic situation of the world is not easily predicted or endured. Although the games market saw a massive 26% rise during the pandemic, it is predicted to now contract due to a volatile market situation worldwide. In Russia, sanctions and an exodus by many foreign companies has seen home-grown alternatives arise and existing domestic companies struggle to survive on local business alone.

Back in July, we hosted guest author Piers Harding-Rolls, who discussed the market forecast for the games industry. He wrote the following, “Russia’s invasion of Ukraine and the subsequent market fallout will unsurprisingly drag down games spending in those markets. Ampere is forecasting the Russian market to drop to number 14 in the global ranking in 2022 and for it to lose $1.2 billion in value compared to the previous year.”

As the conflict in Ukraine continues and Russia faces sanctions from abroad this prediction seems prescient, the domestic economic situation faces many painful forecasts. Economists like Vladislav Inozemtsev have referred to it as, “Dead by winter,” to describe their dim outlook for the economy in the near future. Whilst the big news has focused on sectors like energy (particularly oil), it’s also in areas such as tech that the pinch is being felt. Recently, in the mobile gaming sector Azur Games sold off its stakes in Russian and Belarusian developers both as a show of solidarity as well as possibly a way of avoiding the effects of these sanctions.

VK is one of Russia’s largest technology companies and reportedly 90% of the population make use of their services daily, from social media to ecommerce. Despite the terminology used in most reporting, VK is not giving up on gaming entirely, however VK Play looks to be a purely domestic venture to support both traditional and streamed gaming.

Last week, VK also fell afoul of Apple as their social media app of the same name was removed from the iOS store. Now it seems VK will begin increasingly looking inwards to support itself, continuing to dominate the technology scene in the Russian federation.