Growth for the games market in Nigeria

As Nigeria gains wider access to the internet and mobile phones, its youthful population continues to expand into mobile gaming 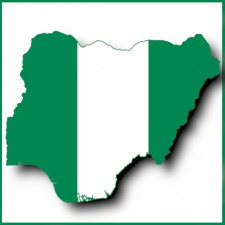 The gaming industry is steadily growing across the globe, and according to data from Statista, the app-based mobile gaming market in Nigeria is predicted to be worth approximately $126 million by as early as 2023.

Currently, Nigeria has more than 109 million internet users, the highest reported number across all of Africa, with the majority of this traffic being generated from mobile devices. Nigeria also boasts the largest population of youth in the world, with a median age of 18 years and around 70% of the population being under the age of 30.

Mobile phones are now far more accessible across Nigeria and whilst not all of these devices are smartphones or have access to the internet, there is a strong growth forecast that is set to see this change. User numbers will be expected to triple in the next five to six years, with an estimated growth of more than 140 million smartphone users by 2025. As of January 2022, internet penetration in Nigeria was showing that 109 million people had access to the internet, the highest number of all users in an African country.

An extensive and youthful population, continued steady growth in the availability of smartphone devices and wider access to the internet are all contributing factors in how the Nigerian games market has propelled itself into its current position within the market. These projections also shine a light on the abundant potential the games industry in Nigeria offers which could be tapped into to fuel future growth.

We covered a Newzoo report last year that detailed some findings regarding African gamers and how they prioritise mobile gaming. This month we are also highlighting the MENA region, in this coverage we have a guest post from Waheed Adam who discusses the wider African mobile landscape.