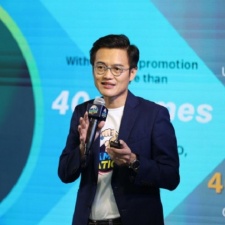 Although we may be used to a small array of mobile storefronts in Europe and America, across the rest of the world there are a variety of other options for mobile gamers. One of these is Gaming Nation, created by DTAC, the third largest mobile carrier in Thailand. According to DTAC the success of the platform has been so great that they’re now seeking to expand it further, releasing the Gaming Nation 2.0 platform earlier today according to an article from The Nation, a Thai news outlet.

The Gaming Nation platform works by allowing players to ‘top-up’ on in-app purchases directly from the platform, without requiring the use of a credit card. It features ‘Happy Friday’ deals and offers are available to players in a variety of games when they top up. The platform boasts support for many popular multiplayer mobile games such as Apex Legends and Genshin Impact.

Li Rehn How, Chief Marketing Officer at DTAC was quoted as saying “Gaming Nation succeeded beyond expectation with more than 7 million unique visitors and over 400MB [Million-baht] gross merchandise value which also contributes to an average spending per user of 5-10 times higher than non-gamers.” In his presentation he discussed the dichotomy between ‘Joyful’ and ‘Serious’ gamers in the country, noting that prior to Gaming Nation there had only been fragmented consumer offers for esports audiences.

How’s commentary on the untapped potential of the more casual gaming market is something that many in the casual and hypercasual development scene will recognise. By tapping into a casual audience that spends higher on average than ‘serious’ gamers, the Gaming Nation platform has managed to rake in significant profit. According to the article, DTAC is also collaborating with financial institution Kasikornbank to support the platform with their MAKE financial app.

More than anything, this indicates that audiences across the world are not only eager to spend money on mobile games but are also engaged and conscious of their spending habits. Platforms like Gaming Nation appear to offer great value with deals for tplayers, and with the announcement of the upcoming release of their Gaming Nation Play platform this is a company to watch for those interested in the East-Asian market.

This year Gamescom Asia will be one of many events moving online, but we'll still be hosting the Games From Spain dinner. So you can get a truly global taste of the games industry!