Young people aged 13 to 18 now spend 8.5 hours per day on their devices 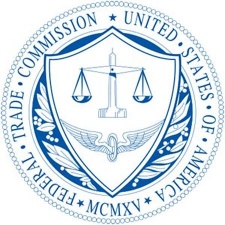 Panels of digital advertising and childhood development experts conversed at the event, and within the first few hours FTC chairwoman Lina Khan voiced a warning to social media companies and advertisers that new regulations may soon be introduced in America.

It was argued that, since the influencer boom, clarity between what is a paid promotion and what is standard content has blurred significantly – especially on TikTok. The potentially predatory practices surrounding in-app purchases within mobile games were also noted.

Exploiting children’s insecurities through ads, leading them to make purchases and hand over personal information is among the FTC’s current concerns, something also discussed at the event.

"Developing brains are more susceptible to deceptive or harmful practices, and the immediate, and long-term effects can be significant," Khan said. "What particularly concerns the FTC is the fact that kids often cannot tell the difference between ads and organic content."

Girard Kelly, a representative from nonprofit organisation Common Sense Media and its director of the privacy program, shared statistics at a panel that young people aged 13 to 18 spend an average of 8.5 hours every day on devices connected to the internet. Children from ages 8 to 12 average 5.5 hours on devices, giving many hours of opportunity for advertisement exposure.

Whilst the exact plans to regulate this remain vague, the FTC showed an eagerness to restrict what can be seen as manipulative advertisements. Currently, the commission is considering updating the 1998 Children's Online Privacy Protection Act in accordance with this and may take a more proactive role in overseeing any new regulations instead of relying on third-party organisations.

It was at an FTC-organised workshop in 2019 that the announcement was first made that Nintendo, Microsoft and Sony would need to disclose pull rates in loot boxes.