Lay’s partnered with Eskimi and Anzu.io to integrate a short, six second ad into mobile games in Latvia to promote their snacks, seeing huge success 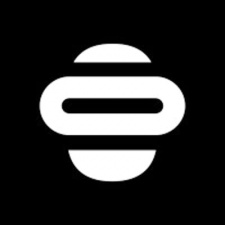 Intrinsic ads, adverts that are integrated into gameplay or the game world, have been rapidly gaining popularity amongst developers, gamers and advertisers. With numerous advantages for all sides in the ever-changing world of game monetisation, mobile is no exception. In a recent case, Lay’s (which we know as Walker’s in the UK) partnered with Eskimi and Anzu.io to create an intrinsic game advert, a short six second video to be played in mobile games for players in Latvia.

The clip, which played within the game world, saw massive success in retaining player viewing. According to data measured by Anzu the campaign boasted a 92.5% video completion rate, and a 98% viewability rate.

Omnicom Media Group Latvia specialist Kristaps Osis, who oversaw the campaign commented “We are very satisfied with the campaign. It allowed us to reach players who are fully focused on their game and won’t tolerate any intrusive advertising. With such high engagement, it’s no wonder we were able to achieve such high completion rates. Only a few ad platforms provide such high-quality placements.”

According to images attached to Anzu’s press release, the advert played in the background of Gravity Rider Zero on a billboard. This is a key example of intrinsic advertising as a relatively unobtrusive, integrated way of displaying advertising in game. Anzu senior programmatic account manager, Chaim Berko, was insistent that Latvia and the surrounding countries are prime ground for intrinsic adverts, saying “In-game is dominating the Baltics! There’s no better way to showcase the intrinsic in-game opportunity than with a globally established brand like Lay’s.”

Certainly, as we covered previously in our dissection of Frameplay’s research, gamers appear to prefer intrinsic ads to interstitial ads (ads which interrupt gameplay). Part of this is naturally the fact that play sessions are uninterrupted even whilst viewing the ad, which is advantageous not just for players but for advertisers as well. Given that many players seem to feel that advertising has a negative effect on their experience, it can also be argued this does not place them in the right mindset to consume advertising.

There are numerous historic examples of intrinsic advertising, one of them being Crazy Taxi, an arcade game which prominently featured Tower Records stores and KFC restaurants as in-game locations. Bidstack’s Antoine Jullemier also wrote in a guest post about the subject of monetisation and in game advertising this month.