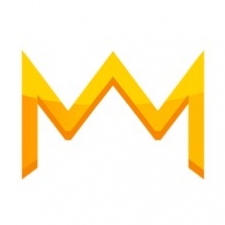 UK-based Matchingham Games have reportedly cut an $11.7m valuation deal with Turkish-based Pow Games to acquire two of their mobile game titles. Food Match 3D and Tile Match: Home Design Puzzle will transfer to the UK firm as part of the deal. The two companies have been in partnership for around a year leading up to the acquisition, with the valuation likely partially relating to the sharing of resources and experience in their business relationship.

CEO and co-founder of Pow Games, Şeyhmus Ölker said of the deal “Our collaboration with Matchingham Games has given us the LiveOps capabilities to develop successful games and increase revenues from those games quickly. We have created decades of experience in a short period.”

The deal marks a major payoff for Pow Games as they transform their self-developed titles into a significant return. According to their statement, Matchingham games are also very optimistic about the potential value of these titles. Founder and CEO of Matchingham Games, Faith Haltas said “Food Match and Tile Match stand out from their competitors in IAP and IAA metrics in the hybrid puzzle category. We are thrilled that we have finalised the process we are in, from the development stage to the publishing process, with an excellent acquisition”

The deal also marks another major milestone for the Turkish gaming industry, which has been thriving despite difficult economic circumstances within the country. Aside from domestic investment, Türkiye has seen many foreign firms become interested in fuelling the growing mobile gaming development scene within the country itself. Official support from the government including training courses are also aiding the game industry within the country, and point to the rise of a potential major player in the global gaming market.