Candy Crush Saga, one of the earliest examples of worldwide success in smartphone games, celebrates its ten-year anniversary today with some interesting numbers and new features 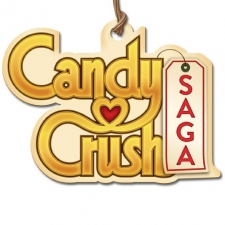 Candy Crush Saga is an iconic feature of mobile and smartphone gaming as a whole, one of the earliest smartphone puzzle games to achieve widespread, worldwide success and a title help up as popularising the tile-matching format. Today, it celebrated its 10th anniversary, and King, developers of the original game announced not only special features to mark the occasion but also that the lifetime downloads of the game had surpassed three billion total. Additional features include orchestral versions of the game’s soundtrack recorded at the famous Abbey Road studios.

President of King, Tjodolf Sommestad stated “Candy Crush Saga pioneered the way the world plays games on their phones and 10 years later, it feels like we’re just getting started. I’m immensely proud of the team and the work they have put in to achieve this level of success. We put a huge amount of care and craft into creating a game that is enjoyed by so many people around the world. We are committed to our mission of making the world playful for many more years to come.”

Candy Crush boasts many great milestones in its decade-long history, including a recent celebrity crossover with artist Meghan Trainor. However, what’s not in doubt is the effect it had on the industry as a whole, as its casual gameplay style greatly influenced the development of many mobile games going forward. It also makes up the third part of Activision-Blizzard, and still carries significant weight in the development and monetization of its Candy Crush titles.

Candy Crush’s success can be put down to it working only in the format for which it was created. Ease of play, a lack of graphic or processor-intensive detail and simple brain-teasers in the form of the tile-matching gameplay showed that even simplistic mobile games could see success which rivalled console and PC games of the time.

The enduring success of the game is especially notable, as it held the position of top-grossing game franchise for US app stores over 21 sequential quarters as of Q3 2022. We marked Candy Crush’s success ourselves on our Top 10 Highest Grossing Mobile Games of all time list, and Activision Blizzard's $5.9 billion acquisition of KIng in 2016 remains one of the largest acquisitions in gaming history.