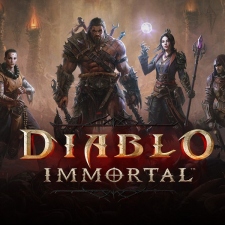 Blizzard is suspending the majority of its game services in mainland China due to the expiration of its licensing agreement with NetEase.

The games affected by the suspension include heavy hitters such as World of Warcraft, Hearthstone, Overwatch, and the Starcraft series. However, Diablo Immortal, which was co-developed and published by the two companies collaboratively, is not affected by the deal.

Blizzard and NetEase have had licensing agreements in place since 2008, and through this deal NetEase publishes Blizzard’s portfolio of games in mainland China. Up until now the agreements have been periodically renewed, with the current deal set to expire in January. In this instance, however, the companies have been unable to reach a deal that is “consistent with Blizzard’s operating principles and commitments to players and employees.”

The sale of affected products will be suspended for the most part, however the release of several upcoming titles, including World of Warcraft: Dragonflight, Hearthstone: March of the Lich King, and the second season of Overwatch 2 will proceed as planned later this year.

“We’re immensely grateful for the passion our Chinese community has shown throughout the nearly 20 years we’ve been bringing our games to China through NetEase and other partners,” said Blizzard Entertainment president Mike Ybarra. “Their enthusiasm and creativity inspire us, and we are looking for alternatives to bring our games back to players in the future.”

It isn’t clear at this point whether Blizzard will seek out an alternative partner in China to facilitate its releases. Despite the recent implementation of strict limits on playtime and a hiatus on game licensing, China remains a major market, especially in the mobile games space. As such it’s likely that Blizzard will look for a new agreement with another company rather than exit the Chinese market.

"We have put in a great deal of effort and tried with our utmost sincerity to negotiate with Activision Blizzard so that we could continue our collaboration and serve the many dedicated players in China. However, there were material differences on key terms and we could not reach an agreement. We hold high regard in our product and operational standards and abide by our commitments to Chinese players,” said NetEase CEO William Ding.

"We are honored to have had the privilege of serving our gamers over the past 14 years and have shared many precious moments with them during that time. We will continue our promise to serve our players well until the last minute. We will make sure our players' data and assets are well protected in all of our games,"

Earlier this year, we listed Activision Blizzard and NetEase as two of the top 50 mobile game makers of 2022.