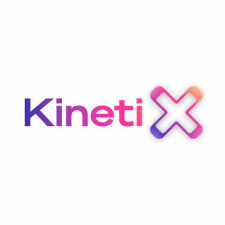 3D animation and AI tech startup Kinetix has launched user-generated emotes for video games and virtual worlds, which it hopes will allow for greater levels of self-expression in gaming and the metaverse

The company claims that its AI-powered platform and no-code editing tools allows users, creators, game developers, metaverse platforms and brands to create and edit animated 3D content in seconds, democratising the process of creating such content.

“We want to champion a new standard for self-expression in video games and metaverse worlds by opening up the creation of emotes,” said Kinetix CEO and co-founder Yassine Tahi. “Our emotes are live now for anyone to create, marking a true watershed moment for digital self-expression and our mission to humanise the metaverse.”

"A once in a lifetime concert without dancing, or a drag queen show without 'Death Drop', are missed opportunities for self-expression, realism, individuality, and human connection. We invite everyone to embrace this new trend by playing with our easy-to-use, no-code platform and trying out their best moves on their favourite character or avatar.”

Alongside creating emotes, users have the option of “minting” them on the Kinetix platform, transforming them into digital assets the company calls “Emote NFTs.” Creators can then promote and monetise their work and receive 95 percent of the sale price, allowing them to make money from their creation.

It should be noted that user generated content has faced some difficulty in gaming and the metaverse. Epic Games has been the recipient of several lawsuits for copyright infringement due to the sale of emotes based on unrelated content, including one suit filed by the mother of “Backpack Kid” Russel Horning, who rose to fame through performing the Flossing dance which was incorporated into Fortnite. By allowing users to sell their emotes and earn revenue from sales, such suits could become a thing of the past.

Earlier this month, we spoke to Kinetix CEO Yassine Tahi, among others, about Twitter’s place in the tech space.

AI promises to make your game for you. But there’s a catch.