The developer is working on ‘Vice Online’, a game inspired by the Grand Theft Auto franchise 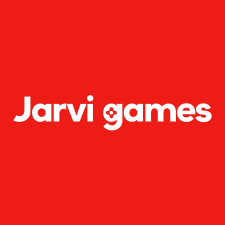 Warsaw-based developer Jarvi Games yesterday announced they had raised $2m in their seed series investment round, led by Play Ventures and with participation from Velo Partners and The Game Fund. The company is working on a GTA-inspired mobile game called Vice Online, which they have already released to beta in Brazil and reportedly have gained over 8m organic downloads.

Jarvi Games was founded by Ukrainian video game developers in 2021 who have since moved from the country to Warsaw, Poland.

CEO and co-founder of Jarvi Games, Alexander Lysenko, was positive about the funding round. “We are thrilled that prominent international investors have faith in our vision and are backing us. We see a massive opportunity in the multiplayer games space, and we are committed to making bold and innovative moves. At Jarvi Games, we are bursting with fresh ideas, passion, and the determination to bring a new era of multiplayer experiences to the mobile gaming world.”

The size of the funding is significant, especially for a smaller studio such as Jarvi Games and clearly reflects investor confidence in their debut title. Vice Online looks to be different to other GTA-clones on mobile, in that it concentrates mainly on a multiplayer-, rather than single-player audience. Jarvi clearly sees a niche to be exploited in producing a good-quality title to capitalise on and retain an audience interested in playing something GTA-like on their phones.

This investor confidence is reflected in Founding Partner at Play Ventures Harri Manninen comments, who said of their participation “We are delighted to support the talented team of Jarvi Games. Their ambition and dedication to creating unique mobile gameplay experiences are very inspiring. We believe that Vice Online has the potential to become a global hit, and we are excited to partner with them to continue developing the studio into a global mobile gaming powerhouse.”

Jarvi Games’ story also reflects a broader narrative of the Ukraine-conflict and its knock-on effect on multiple industries. Game development is no different, and fellow mobile developer Azur Games recently spoke to us about their experience of transferring their employees from Russia to other countries.