Tappx China Country Manager Bob Wang talks us through it 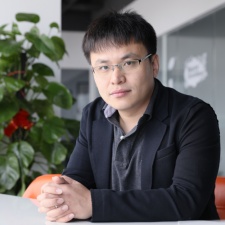 Bob Wang is the China Country Manager at Tappx.

The People's Republic of China is home to the world’s largest active smartphone population, providing a phenomenal opportunity for Western mobile game makers. China is home to a staggering 1.3 billion smartphones as reported by Statista and China Daily.

Chinese consumers are also heavily mobile-first, as just over 95% of users in China use mobile devices to access the internet, as reported by eMarketer in 2016. In May 2017, market analysts Niko Partners reported that China game revenues are expected to reach $35 billion USD in domestic revenue by 2021, and that mainland China boasts 600 million gamers, which is nearly double the population of the USA.

Chinese mobile gamers are incredibly lucrative - on average they spend $25 per month on mobile games. Leading game Fantasy Westward Journey has an average of $125 ARPU. In fact, China’s average ARPU has in fact doubled over Q2 2016 figures (source App Annie).

In June 2017 PocketGamer reported that the Chinese games market reached $25.6 billion in 2016, representing a quarter of the world's total games spending, and according to research by IHS Markit is likely to increase to $29 billion in 2017 with mobile games as the main driver of growth.

If you’re planning on taking your mobile games to China, they should not have any content which violates China’s constitution, threatens China’s national unity, sovereignty, territorial integrity, or negatively impact upon the reputation, security or interests of China. Every single mobile game launching into China needs to be approved by the Chinese government.

The State Administration of Press, Publications, Radio, Film and Television (SAPPFRT) is an organisation you’ll have to deal with to obtain approval for whatever game you’re planning to release in China - whether it be a cutesy platformer or a match-3 type puzzler, everyone’s game will have to go through a rigorous approval process, with appropriate documentation and permits needed.

Every mobile gaming app launched in China must stick to the exact specifications as stated by SAPPFRT’s extensive approval requirements, and be entered for review twenty days prior to your game’s suggested release date.

Once your mobile game has been approved and deemed suitable for China audiences, you’ll need to get obtain a Publication Number. Only Chinese companies with a Commercial ICP (Internet Content Provider) Licence can get a game published. This permit is issued by the Chinese Ministry of Industry and Information Technology, allowing China-based online entities to operate in China.

As you can see, it’s essential to create a partnership with a local publisher or partner, to help you successfully understand, explore and navigate the vast Chinese mobile gaming landscape.

With Google Play banned in China, over 400 Chinese app stores are providing apps to millions of users across China. There are key players in the market such as Tencent and Baidu.

If you’re looking to get featured on the leading app stores, be prepared to negotiate terms with multiple app stores, as each one of these will have their own terms and conditions, and varying revenue share models. The top players like Tencent will usually ask for more revenue.

The F2P model rules the roost in China, where users don’t pay to download games to play i.e. the majority of China gamers expect high quality games for next to no cost. These games tend to be monetised with IAPs or in-app advertising.

Once a game is appropriately monetised, it has to be placed on the most suitable targeted app stores, in order to be viewed by the ideal target audiences.

Most popular gaming genres in China

Casual and puzzle games rule in China, closely followed by endless runner type games. It’s worth qualifying your game genre before you invest significant amounts of time and resources before submitting your game for approval.

And last week Xiaomi and Netease launched a new sandbox survival game (much like PlayerUnknown's Battlegrounds) - the current closest translation of this new title is ‘Xiaomi Battlefield’ or ‘Battle in the wild’. It’s also rumoured that Tencent is to follow up with its own offering shortly.

We’d recommend hiring a native speaker to conduct any translation work, as online translation services won’t cut the mustard. It’s imperative to ensure that any game copy and messages are perfectly translated. Care and respect must be given for local grammar and syntax.

The best translation includes cultural references. Quite often, literal translation isn’t enough, as many phrases and references in China are linked to myths, history and legends.

You’ll need to find a local partner to locally host your mobile game, and then to integrate into China cloud systems. Western based servers are typically not recommended. Servers based in Singapore, Hong Kong or Malaysia are recommended options.

Gamers in China tend to gravitate towards vivid, colourful, and hectic graphics and user interfaces than compared to their Western gamer counterparts.

Western devs should modify and optimise their graphical assets and UIs accordingly to accommodate for China gamers. Ensure that you localise all elements of your GUI, from menus, buttons, call to actions, icons etc.

It’s key to find local partners to ensure you have full understanding about the local Chinese market place. Extreme due care and respect must be demonstrated to adequately localise game content for China target audiences.

Yes, there are many hurdles to overcome before you can confidently launch into China, but the rewards are considerable given China is the world’s biggest mobile market.

How to launch your mobile game in India