Mintegral, the ad subsidiary of Mobvista, discusses the challenges - and opportunities - created by the ongoing evolution of the global mobile advertising market 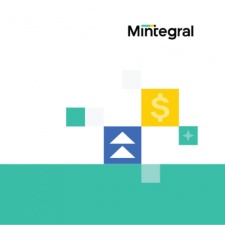 The mobile advertising market has undergone significant upheaval over the past year. The challenges presented by Apple's privacy updates, along with broad industry headwinds, have forced marketers to become highly efficient and consider profitability above all else.

The global economic downturn has resulted in app install ad budgets falling 14 per cent in the second quarter (Q2) of 2022, and as a result, large industry networks also faced losses. AppsFlyer's latest Performance Index shines a spotlight on many of these challenges and gives marketers a clear sense of mobile advertising channels that provide both the highest quality and furthest reach. With that said, some ad networks still appear to be seeing substantial growth and increases in market share across gaming and other categories.

Perhaps one of the most notable winners from the latest Performance Index is Mintegral, the programmatic advertising subsidiary of the Chinese technology group Mobvista. Founded in 2015, the ad network has rapidly advanced and now presents itself as a formidable global media source. Its unprecedented growth has allowed it to challenge both Meta and Google for quality and, in some cases, volume on AppsFlyer's retention index.

AppsFlyer notes Mintegral as one of the main benefactors of Google and Meta's shrinking market share, possibly best underscored by it topping out at third globally across iOS and Android.

Regional analysis continues to paint a good picture for networks such as Mintegral. Latin America, for instance, has seen explosive growth in the past few years. A booming Brazilian mobile ad market has spurred gaming downloads and has been welcoming to global hypercasual and casual app developers.

Continued dominance also extends to mature markets such as Western Europe, where Android remains strong compared to other Western regions such as North America. Offering quality and reach has given Mintegral a unique position here - seeing the number one ranking for RPG traffic quality and many other competitive rankings alongside the duopoly.

As previously mentioned, Apple's App Tracking Transparency framework has resulted in players such as Meta Ads losing market share and has been yet another driving force behind marketers cautiously reevaluating their budgets. The difference for some, like Mintegral, has been mostly positive as the ad network also featured on AppsFlyer's SKAN Index for the first time, reaching the top five for in-app ads across the entire gaming vertical and top two placements in regions such as Asia Pacific (APAC), the US, and Europe.

The rise of several Chinese ad networks is also particularly noteworthy. TikTok For Business has grown at an incredible pace, offering a surging traffic source for both Android and iOS and non-gaming apps in particular. In addition to TikTok For Business, Chinese mobile manufacturers Xiaomi and Vivo also gained ground due to their lucrative app preloads and wide reach.

The ramifications of rising traffic costs and decreased user targeting capabilities are apparent. To counter this, Mintegral and other third-party platforms are taking a product-first approach and trying to gain new ground as a first-mover in the market.