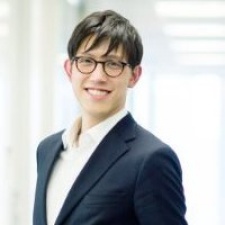 It's a question its developer XFLAG - the entertainment arm of Japanese social media giant Mixi - is still puzzling over.

It's a nice problem to have, of course. Launched back in October 2013, Monster Strike beat out stiff competition to become the worldwide top-grossing mobile game of 2016.

Roughly 90% of this revenue came from its native Japan, where the game has become an institution.

To illustrate the full extent of this, the game has its own popular anime series and the official Monster Strike movie - distributed by Warner Bros. - launched in December 2016.

From touchscreen to big screen

XFLAG's Strategy Director of Global Business Division Langer Lee tells PocketGamer.biz at Pocket Gamer Connects London 2017 that the movie was number one at the Japanese box office on opening day.

“We tried to marry the in-game elements of Monster Strike to the movie,” says Lee. “You would see people playing Monster Strike in and around the cinemas, waiting for the movie to start.”

This is due to the addition of new in-game events that were only available in cinemas - a move which, given the culture of social play that exists around Monster Strike, proved a big draw.

We tried to marry the in-game elements of Monster Strike to the movie.

Lee also notes that the official Monster Strike event, XFLAG Park, took place in the same venue as Tokyo Game Show in 2016 - the enormous Makuhari Messe - and filled up six of the eight halls used by the expo.

Evidently then, Monster Strike is in little danger of capitulating in its homeland. The only question that remains is one of growth.

“In general, we have consensus that the growth of the Japanese market is relatively slower compared the rest of the markets,” Lee explains.

“But the paying users are still there, because they are relatively loyal.

And while growing the Japanese user base any further has proven difficult, XFLAG is looking to strengthen its grip on the loyal users it already has and claim a greater share of each player's finite gaming budget.

“We want to increase that willingness to pay,” states Lee.

“The amount of money that the market will spend will probably remain the same, but how much the same user will contribute to your brand alone - we're trying to increase that.”

The key, he believes, is through a philosophy XFLAG refers to internally as “User Surprise First”.

He cites both the release of the Monster Strike movie and the decision to put its anime on YouTube for free - both uncommon practises in Japan - as examples of this.

However, Lee's particular remit is international markets - an area in which Monster Strike has not fared so well, suspending a major UA campaign for North America due to the competitive nature of the US market.

Lee tells PocketGamer.biz that “we're looking at increasing the number of titles” for the core Japanese audience, but what part do other markets have to play?

“Markets that are closer to Japan have a higher chance of success,” he says.

“Traditional Chinese-speaking markets like Taiwan, Hong Kong and Macau are still very large markets for us, primarily due to their preference for Japanese content.

Markets that are closer to Japan have a higher chance of success.

“With regards to any of the markets outside of East Asia, we have announced in our recent earnings that we are doing test marketing to allow Monster Strike to be playable in various key regions.”

This includes Latin America and Southeast Asia, both of which XFLAG is optimistic about. However, Lee admits that expansion is a slow, “step-by-step process.”

The same is true of approaching the Chinese market, which remains a key part of XFLAG's strategy for Monster Strike after the pivot away from US marketing.

The culturally-similar Taiwan is the second biggest market for the firm outside of Japan, after all.

“We are making very strong efforts in preparing for [the Chinese] market,” confirms Lee.

However, it remains a market mired in regulatory issues and red tape.

“It's a completely different strategy,” he says. “We need to have a bespoke way of approaching the market.”

It speaks volumes that despite the unique challenges of the Chinese market for an international developer, it's still seen as a better bet for XFLAG than the US or Europe right now.

And barring the moderate success of Puzzle and Dragons in the West, it does seem to be a particular challenge for even the most established Japanese games - case in point White Cat Project - to resonate with Western markets.

Japanese games have a very strong, gacha-focused game loop... it's not the right fit for the States.

For Lee, it's something fundamental that no amount of culturalisation can gloss over.

“From my perspective, it's a product-based issue,” he considers. “It's all about the game system and the game loop.

“When you look at Japanese mobile games, they have a very strong, gacha-focused game loop… when you bring that into the States, it's just not the right product-market fit.”

Another issue that rears its head when trying to bring Monster Strike specifically to other markets is in the local, social play it encourages.

Japanese players have been playing games in this way for years, as shown by the scenes that quickly developed around games like Monster Hunter on the PSP.

But will players in other countries be prepared to gather for a mobile game?

“If you are in a dense population [like Japan], it is easier for you to connect with your peers because they are all around you,” reasons Lee.

“If they are more spread out like in the United States… it's a little more challenging.

“It's a huge problem to overcome, and whoever solves that problem will have a huge success on their hands. We want to be the first to solve that problem.”