Stan Wang discusses how the genre is evolving 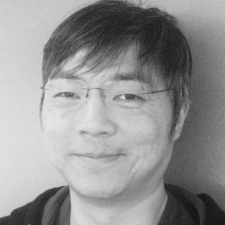 Chinese publisher NetEase is one of the largest games publishers in the world, and regularly competes with Tencent at the top of China's mobile app store grossing charts.

Titles like Fantasy Westward Journey and Onmyoji have consistently been bringing in the cash. Following success at home, the company is now taking aim at the Western market.

It's a difficult proposition for even the biggest Asian companies, both GREE and DeNA have struggled abroad despite comfortable domestic revenues. Although early days, even Tencent's Arena of Valor (Honor of Kings) is not setting the Western world alight like it has China right now, where it has 55 million daily active users.

As part of its attempt to break into the Western market, NetEase recently released MMORPG Crusaders of Light.

We caught up with the game's Lead Developer Stan Wang to discuss how the game is going so far and how NetEase approaches design for MMORPGs on mobile.

PocketGamer.biz: How are MMORPGs evolving on mobile in games like Crusaders of Light?

Stan Wang: MMORPGs are continuing to dominate across the board - according to the recent August Digital Games Market Insights report from SuperData, the free-to-play MMO market grew 28% from last year, and we know part of that is the proliferation of the genre on mobile.

In play, MMORPGs are evolving rapidly. For example, we now have the ability to render more open environments than ever before, matching what we've previously only experienced on PC.

Also, thanks to increased mobile device horsepower and greater bandwidth, there have been advancements in the real-time processing/rendering via cloud computing, meaning games now have the ability to handle larger populations of players at any given time.

We’ll continue to push those limits to create massive games of scale that players can enjoy together around the globe.

Is new mobile hardware helping developers like NetEase create even bigger MMOs or are you still limited by legacy hardware?

The continued acceleration of processing power in new mobile devices has led to the creation of fully-fledged MMOs that were exclusive to PC less than a decade ago.

Advancements in cell technology and bandwidth, improved back-end hardware and software, and more, which all help our teams create the most immersive MMORPG experience.

We are always looking to leverage these improvements in order to create the best game experience possible for our players.

Players are very quick to get through a game’s content. How do you plan to keep players playing once they’ve progressed through the current 300+ hours of gameplay content?

The interesting thing about Crusaders of Light is that players can employ multiple strategies to enjoy the game, meaning that while some might choose to speedrun through content, others might find it more advantageous to take their time before moving on with the game’s main story arc.

For instance, building up one’s hero with the best gear/specs, running dungeons with a guild, enjoying the competitive battlegrounds/arenas, etcetera.

We also created a deep itemisation system and a path system that gives players even more content and opportunities well after they have maxed out their character level.

We’re always actively working to expand on the content with future expansions typical of MMOs, and we want to continue making an open-world experience for fans to enjoy, that is true to a traditional PC MMO.

Do you think that mobile MMORPGs can be as deep and expansive as their PC counterparts?

We think mobile MMORPGs still maintain a lot of what players love about traditional PC MMOs, such the 40 person raids, the deep and involved guild systems; but mobile MMORPGs deliver these features in a package suited to the more modern, phone-focused lifestyle of many of our players.

In a mobile MMORPG, experienced players have shorter dungeon runs, the game has optimised UI for a touchscreen, and autoplay, when needed.

With so much focus on mobile technology these days, yes, we definitely believe mobile MMORPGs will stand up to their PC counterparts in their own respective ways that add fun and value.

How has the game performed since launch?

We’re really pleased with how the game has performed so far, and player response has been terrific. We’ve had longtime PC MMO players try out Crusaders of Light skeptically, only to be pleasantly surprised with the experience on mobile.

The game’s cross-platform capability lets these players play how they want - on a mobile device when on the go, or on PC (through Facebook Gameroom) with a larger screen and keyboard when they’re at home. So response has been great, and we’ve got a lot more to come.

It’s got millions of downloads but what is NetEase's plan to monetise its PlayerUnknown's Battlegrounds clones?

Are mobile clones of PlayerUnknown's Battlegrounds fighting a losing battle?

NetEase reveals Nerds vs Veterans battle in Immortal Conquest to raise $15,000 for charity