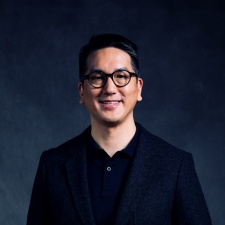 Andy co-founded FunPlus, a leading social and mobile game company in the European and Middle Eastern market with teams in five countries. FunPlus is the biggest Asian game company on Facebook by daily average users and is available in 16 different languages.

Prior to that, he was VP of engineering and product at thegamenet.com (social video and game statistics platforms), and the Engineering and Product Lead at RockYou.

Tong was previously Netease’s chief operating officer and director at the firm for over 20 years. Alongside this, he has also operated as an advisor and board member for Koolearn and Qunar.com. According to the press release, Tong will be overseeing FunPlus' "rapidly-growing global strategic development and execution”.

Founded in 2010, FunPlus is a Chinese developer with several studios across Europe and a publisher with nearly 2,000 employees. Some of its biggest releases include State of Survival, King of Avalon and Guns of Glory.

"For almost 10 years Michael Tong has served as a value-adding investor for FunPlus, and has been instrumental in our growth and success," said FunPlus CEO Andy Zhong.

"As we continue to develop our corporate strategy, we are certain that Tong will elevate our company’s strategic vision in a permanent role as chief strategy officer, and we are excited to have him join the FunPlus leadership team."

Michael Tong is the latest in a string of recent high-profile personnel acquisitions from FunPlus. Back in February, Chris Petrovic was hired as its new chief business officer,

Following this, FunPlus appointed Wei Wang as its chief creative officer before hiring Dianne Schepers as its new general counsel.

FunPlus launches its transparent PublishingPlus initiative for all F2P devs