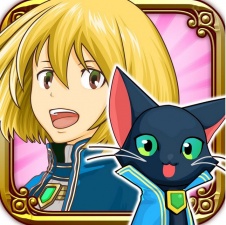 That's up from 17 million players in January, thanks in part to a TV advertising campaign.

It's now only a few million behind GungHo's (TYO:3765) $1 billion franchise Puzzle & Dragons,  which announced it had 25 million Japanese downloads in early March.

Colopl has also released promising numbers for Slingshot Braves,  one of its newer titles, which surpassed 1 million downloads on 2 April despite only launching on iOS in February, and Android in March.