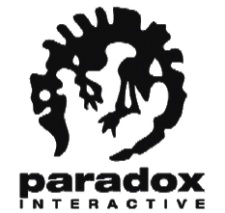 It has been revealed that Swedish developer and publisher Paradox Interactive kicked off its trading on May 31, with an initial offering at SEK 33 per share - almost $4.

Through the offering, Paradox acquired over 200,000 new shareholders. The largest of these were Chinese giant Tencent and SwedBank Robur, who acquired 5% and 1.7%, respectively.

Tencent already has an impressive footprint in the world of gaming, owning League of Legends developer Riot Games as well as strategic stakes in Miniclip, Glu Mobile, and Pocket Gems. More recently, an acquisition of Supercell has been rumoured.

Fredrik Wester and Spiltan will continue to be long-term shareholders in Paradox, owning 33.3% and 30.5% respectively.

Paradox’s portfolio includes games like Hearts of Iron and Cities Skylines for PC, and, since 2015, has included occasional dalliances in mobile with the likes of Knights of Pen & Paper and Magicka.