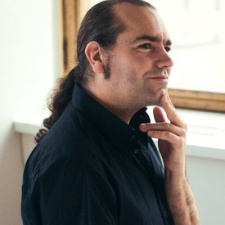 Currently slated for an Autumn 2018 release, the mobile version of the arcade-style game will be released in China first before launching in the West.

Sociable Soccer tasks players with picking and managing a club with six national leagues to choose from, which are China, England, Spain, Italy, Germany and France.

Players can then get to work building and upgrading their team with the top player cards from any of these six leagues.

An online league will also be available to let players go head-to-head with others.

“Tower Studios is delighted to have signed a deal with China Mobile and Crazy Sports to get the Sociable Soccer ball rolling,” said Tower Studios CEO Jon Hare.

“Along with our development partners Combo Breaker, we’ve devoted nearly three years to building a light, accessible alternative to the likes of FIFA and PES across all platforms.”

Tower Studios also has a partnership with Beijing publisher Crazy Sports, which currently holds the rights to the Chinese Super League (CSL).

“CrazySports is pleased to be teaming up with Tower Studios to bring Sociable Soccer to both CrazySports and China Mobile’s audiences,” said Crazy Sports vice president Zhuo Zhang.

“We believe it is a great partnership for us and the Chinese Super League and we look forward to bringing a brilliant football game to the tremendous amount of Chinese users.”