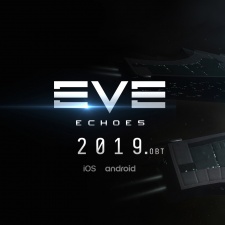 NetEase’s mobile version of intergalactic MMORPG Eve Online is coming to iOS and Android in 2019.

Named Eve: Echoes, the mobile game will take place in an alternate version of Eve’s New Eden galaxy - that is to say, don’t expect cross-play between mobile and PC editions of the game.

CCP revealed the collaboration, previously known as Project Galaxy, back in June this year. Alongside promising an “authentic” Eve Online experience with the trading, combat and mining that entails, the Icelandic developer mentioned support for ARKit 2.0.

Echoes will use NetEase Games’ proprietary graphics engine, NeoX, to create a title that will largely emulate the experience of playing Eve Online on PC.

“We’re huge fans of EVE Online and when the opportunity arose to challenge ourselves and create something as ambitious as EVE Online but for mobile devices, we were thrilled,” said NetEase general manager of marketing Frank Xiang.

“EVE: Echoes is pushing the boundaries of what’s possible on mobile devices today and with our expertise in mobile game development, we’re confident that fans of the franchise and mobile games in general will be very happy with the final result.”

CCP CEO Hilmar Pétursson added: “Working with NetEase, one of the world’s leaders in mobile gaming on our most treasured IP, EVE Online, was something I have been very excited about ever since our discussions started.

“I believe mobile is the obvious next step to bring a refined version of our legendary PC experience to an even bigger audience.”

Eve: Echoes appears to be a more direct translation of the PC MMO, but isn’t the first time the franchise has come to mobile. PlayRaven’s Eve: War of Ascension takes a more traditional F2P MMO approach to the sci-fi setting.