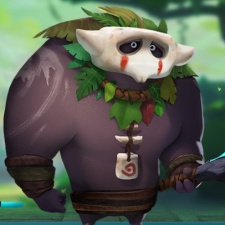 The PC version of the title is available through Steam Workshop and has racked up more than six million users to date.

The title differs from Valve’s MOBA and is an eight-player turn-based strategy game. Much of the action is automated, with the player instead focused on tasks such as team composition and resource management.

As reported by VPesports, the mobile version will be renamed ‘Auto Chess’ and a new roster of heroes have been created to seperate itself from its DOTA 2 origins.

Gearing up for the launch, a $1.5 million competitive esports league is being set up by ImbaTV.

Pre-registrations are already open for the mobile game in China. Developer Drodo tweeted that it will update its English website for the mobile version soon. It also insisted work would continue on the PC mod.

You can find out more about opportunities in the China market on the East Meets West track at Pocket Gamer Connects Seattle 2019 on May 13th to 14th.