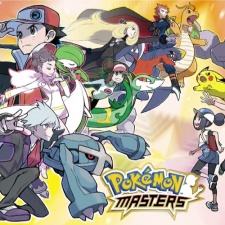 The Pokemon Company has held a press conference where several new Pokemon games and apps were shown off for the first time.

The conference was hosted in Tokyo, Japan, by the firm’s president Tsunekazu Ishihara. Proceedings kicked off with the unveiling of a new Detective Pikachu game for Nintendo Switch.

The game was confirmed to be a sequel to the 2016 3DS title, that will provide an alternative ending to the Ryan Reynolds film that recently appeared in cinemas.

Following this, a new Switch and mobile app called Pokemon Home was revealed, which will allow trainers to store their favourite Pokemon from various iterations of the series in one place.

Pokemon Go, Let’s Go and the upcoming Sword and Shield releases were all confirmed to be included in the service.

No price was given for Pokemon Home, although Pokemon Bank provides a similar service on 3DS at an annual price of $4.99 so it may be close to that number.

Pokemon Home will launch in early 2020 on iOS, Android and Switch.

Next was the unexpected announcement of Pokemon Sleep, a sleep monitoring game for smartphones that will bring a “gameplay experience like no other”. Working with Pokemon Go developers Niantic, the Pokemon Go Plus + device will launch alongside the app that will keep track of users sleep information via Bluetooth.

The accessory is an updated version of the Pokemon Go Plus device that lets trainers catch Pokemon while on the move without the need of opening their phone. Pokemon Sleep will release on mobile in 2020.

Ishihara closed out the conference by revealing the project that TPC has been working on with Japanese mobile developer DeNA. Pokemon Masters sees players battling famous trainers from the 23-year-old history of the franchise.

Looking more like the traditional gameplay found in the core series, Masters was said to be optimised for smartphone devices. More details surrounding the title will be detailed in June, alongside new information on Pokemon Sword and Shield.

Pokemon Masters was confirmed to arrive on iOS and Android before the end of 2019.

The Pokemon Company has been sharing a lot of new information recently, with Pokemon Rumble Rush launching for Android devices only last week.