We round up the key announcements from the publisher's press conference 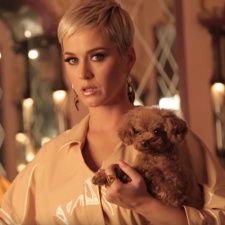 A new mobile Final Fantasy Brave Exvius game, a partnership with Katy Perry and the Stadia launch lineup were just some of the key mobile-related announcements during Square Enix’s E3 2019 press conference.

Below we’ve rounded up all the key mobile, Switch and Stadia-related news all in one place. Scroll to the bottom for the more general announcements that came out of the keynote.

Co-developed by Square Enix and Gumi, mobile tactical RPG War of the Visions is a spin-off of Final Fantasy Brave Exvius.

Already announced for launch in Japan, Square Enix took the opportunity at E3 to reveal a global version of the title.

The game will be set in the same universe as Brave Exvius. Both mobile games were described as “the pillars of the growing world of Lapis”.

War of the Visions will launch worldwide, with a mainland China launch also expected.

Perry will appear as multiple playable characters in the game from June 12th.

It’s not the first time Square Enix has partnered with a singer-songwriter for Brave Exvius. The company partnered with Ariana Grande back in 2017, starring as a playable character whose music could damage enemies.

As well as the Katy Perry partnership, it was also announced that Brave Exvius has surpassed 30 million downloads worldwide. A live stream will take place in LA on June 29th to celebrate the title’s third anniversary.

Square Enix is bringing a host of its triple-A games to Google’s Stadia streaming platform when it launches in November.

The title is coming to mobile, Nintendo Switch and PS4 in winter 2019.

Square Enix is giving RPG Romancing Saga 3 a HD remaster, with the title set to come to Nintendo Switch, PS4, VBita, Xbox, PC and both the App Store and Google Play.

On top of this, 2016 Japan release Saga Scarlet Grace: Ambitions is also getting a new, “enhanced” release in the West, with new and improved graphics, character voice-overs, weapons, skills and more.

A remastered of Final Fantasy VIII is set to launch on Nintendo Switch, PS4, Xbox and PC later this year.

Square Enix said the title will feature newly rendered visuals, though didn’t note any other changes.

Another remaster, this time of 2008 release The Last Remnant, has launched on Nintendo Switch.

The remaster is built on Unreal Engine 4 and, as well as updated graphics, features updates to the user interface.

The title is also available on PS4.

Called Oninaki, the publisher said the title would take inspiration from classic JRPGs and will follow the story of a young watcher called Kagachi whose duty is to usher lost souls into the next world.

It’s the third game from the studio following on from I Am Setsuna in 2016 and Lost Sphear.

Circuit Superstars heading for Switch in 2020

Developed by Original Fire Games and published by Square Enix Collective, Circuit Superstars is a new racing game coming to Nintendo Switch, Xbox One, PS4 and PC in 2020.

The title combines arcade-style racing with “more realistic driving”, featuring both on and off-road racing.

Final Fantasy VII Remake Episode One has a release date of March 3rd 2020 for PS4.

Action-adventure game Marvel’s Avengers, developed by Crystal Dynamics in collaboration with Eidos Montreal, Crystal Northwest and Nixxes Software, is coming to Xbox One X, PS4, Stadia and PC on May 15th 2020.

Outriders is a new triple-A IP from People Can Fly in partnership with Square Enix External Studios, set for release in summer 2020 on PS4, Xbox and PC.

Square Enix has made its music library, starting with Final Fantasy, available on streaming platforms across the globe.