A new deal is pending 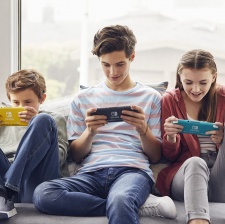 The US has agreed to roll back its proposed tariffs on all goods - including console and mobile devices - entering into the country, assuming a new trade deal is struck soon.

As reported by Bloomberg, both countries are currently working on a proposed deal that will see tariffs phased out, decreasing the tension in the ongoing trade war, according to Ministry of Commerce spokesperson Gao Feng.

As of today, most exports to the US - excluding electronic goods - receive the additional tariff imposed by the Trump administration.

In May, the US government suggested that the trade war with China could see a 25 per cent tariff imposed on game console imports.

Following this, the government settled on imposing a 10 per cent tariff on all electronic goods that was due to take effect from September 1st, however this was then delayed until December 15th to not impact holiday spending.

During this time Nintendo, Microsoft and Sony signed a joint statement directed at the US government explaining the potential damage on the games industry as a result.

“In the past two weeks, top negotiators had serious, constructive discussions and agreed to remove the additional tariffs in phases as progress is made on the agreement,” said Feng.

“If China [and the] US reach a phase-one deal, both sides should roll back existing additional tariffs in the same proportion simultaneously based on the content of the agreement, which is an important condition for reaching the agreement.”