1,500 gems are being given to players to celebrate 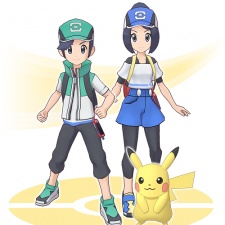 Pokemon Masters has exceeded 20 million downloads since its launch in August 2019.

As announced by the official Japanese Pokemon Masters Twitter account (below), all trainers will receive 1,500 gems to celebrate the milestone achievement.

Before its global launch, Pokemon Masters had five million players pre-registered. Within four days of release, the game had amassed a total of 10 million.

In terms of revenue, Pokemon Masters generated $33 million in its first month of release. However, $26 million of that was earned within the first week.

Our very own Matthew Forde chose Pokemon Masters as his Game of the Year 2019.