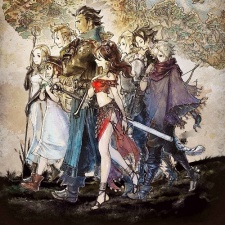 The figure was confirmed by Nintendo (via Twitter), while also announcing that the popular game will be available for purchase at half price until April 2nd, 2020.

Octopath Traveler sees players controlling eight different protagonists, each featuring their own story and abilities. The Square Enix-developed title launched in July 2018 and went on to shift one million copies worldwide by August of that year.

The game was met with favourable reviews and currently stands at a critical score of 83 on Metacritic.

After the unexpected success of the RPG, Square Enix announced Octopath Traveler: Champions of the Continent, a prequel that will arrive on mobile devices sometime in 2020.

Pre-registration has already started in Japan, with 800 players due to gain early access to the game. No Western release has been revealed at this time.

Super Smash Bros. Ultimate's downloadable content was recently hinted that it would be delayed because of the coronavirus, via series director Masahiro Sakurai.