TGS moves to digital while PGW looks ahead to 2021 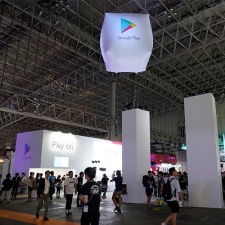 Tokyo Games Show (TGS) and Paris Games Week (PGW) have both been cancelled because of the ongoing coronavirus pandemic.

Organisers of both trade shows released separate statements confirming that each had been scrapped, citing safety concerns surrounding the public. TGS was scheduled to take place between September 24th to 27th, while PGW was due to follow from October 23rd to 27th, 2020.

Similar to many cancelled events, TGS will transition online with further details set to be announced in future. However, PGW will concentrate its efforts on the following year.

"Due to the outbreak of novel coronavirus (Covid-19) on a global scale and the situation remains unpredictable in Japan as well, the organiser and the co-organisers have reached this decision after a long consideration to place the utmost priority on the health and safety of visitors, exhibitors and stakeholders," said the TGS announcement.

"More information will be announced as needed on the official website and press releases from late May."

Meanwhile, the team behind PGW stated that: "The current context and the necessary anticipation of both the technical and logistical complexities of an event such as Paris Games Week have led us to cancel this edition."

"This year should have been special, with a line-up full of new releases, and an anniversary edition which we were thrilled to celebrate with you. We are going to work with all the industry players to enable us all to live our passion. We are already preparing next year’s edition and are looking forward to seeing you again."

Numerous industry events have been cancelled already this year due to the coronavirus, with the ESA officially axing E3 in March.