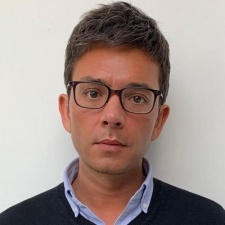 India has overtaken the US to become the second-biggest game download in the world at six billion downloads, according to Lumikai Fund general partner Justin Keeling.

The comment was made as part of a panel at PGC Digital #4 on 'Working with Publishers from Different Cultures'.

"As of last month, I think in terms of the overall market numbers, we have about 370 million gamers now in India - 80 per cent of them being on mobile," said Keeling.

"It's a mobile-first market driven by Reliance Jio and 4G. The rest is split between PC and console."

TimesofIndia previously reported (via App Annie) that the country accumulated 19 billion downloads in 2019, representing an increase of 195 per cent over 2016, whereas global growth came in at 45 per cent during that same period.

India's play habits were explained to revolve heavily around the sociology of the country, with many of its residents being very family-driven. This has resulted in a boost to both multiplayer and social titles.

Interestingly, it was further revealed that a lot of people in India only been introduced to games and social media in the "last two to three years". There was also debate between the panel as to whether India or the MENA region is actually the fastest-growing games market, with both showing huge leaps over the past 12 months.

Hreninciuc stated that "China and India are the only two countries in the world to have more than one billion gamers," proving the scale of both markets.

PUBG Corp recently revealed that the company is looking to relaunch PUBG Mobile in India after previously been banned for its association with Tencent.