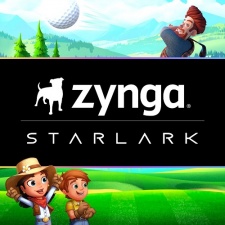 The deal will see Zynga pay current StarLark owners Betta Games $525 million, with $315 million of that being in cash and $210 million being exchanged via Zynga stock. It's expected the acquisition will close in the fourth quarter of 2021.

With this, Zynga has now grown its international presence with StarLark now its first studio located in China. The company will look to expand its audience in the market and utilise the region's talent.

Golf Rival is described as the second-largest mobile golf game in the world, allowing players to compete in real-time player-versus-player matches, tournaments and customise equipment. The studio also has a number of early projects in the works.

"With the acquisition of Golf Rival, Zynga becomes home to a talented team with the proven ability to create a global hit, while expanding Zynga’s international footprint with a new studio in China," said Zynga CEO Frank Gibeau.

"Golf Rival has rapidly ascended to become the second-largest mobile golf game in the world, with six million downloads in 2021 alone. Together, Zynga and StarLark are well-positioned to grow Golf Rival faster together with additional new projects in early development.”

Alongside this announcement, Zynga confirmed that it has completed the deal to purchase advertising and monetisation platform Chartboost for approximately $250 million. The close of the acquisition took place on August 4th, 2021.

The mobile golf market is getting a lot of attention as of late. Most notably, EA picked up Golf Clash developer Playdemic for $1.4 billion at the end of June.