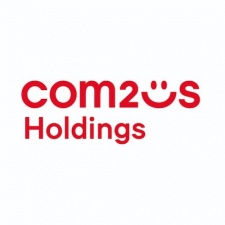 Gamevil acquired Com2uS in October 2013 for $65 million, which was one of its biggest South Korean competitors at the time.

Com2uS Holdings first entered the blockchain space earlier this year in April with a $28 million investment into Coinone, the third largest cryptocurrency exchange in the country at the time.

Since then, Com2uS Holdings went on to become the second-largest shareholder of Coinone, further solidifying its intentions.

Earlier this month, Com2uS Holdings revealed that it had signed a deal with Terraform Labs to build a blockchain ecosystem for its titles.

The deal will see Com2uS Holding’s Hive platform updated into a blockchain platform and will issue its own cryptocurrency named C2X.

Going forward, Com2uS Holdings will develop and publish games with NFT and play to earn features, including first and third party titles.

Additionally, Com2uS is developing an "all-in-one metaverse" platform, Com2Verse that will "link work, life, and play in a brand new way".

Furthermore, Com2Verse will leverage the Com2uS independent blockchain economic ecosystem and create a Mirror World Metanomics platform that will allow players to take part in the game economy.