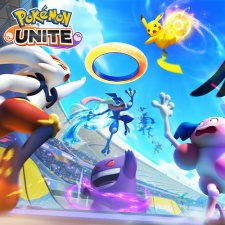 Pokémon Unite from Tencent has surpassed 50 million downloads within its first four months across Nintendo Switch and mobile devices.

The free-to-play MOBA launched on Nintendo Switch on 21 July 2021 and reached nine million downloads by September.

The game was subsequently released on iOS and Android devices on 22 September 2021 and accumulated 15 million downloads within its first two days, making it the biggest launch of the genre on mobile.

According to Sensor Tower, Pokémon Unite has generated approximately 49 million downloads across the App Store and Google Play, suggesting that overall downloads across platforms are significantly higher than 50 million.

To celebrate the milestone, Pokémon Unite is rewarding players that log in between 9 December 2021 and 31 January 2022 with 2,000 Aeos Tickets.

Recently, Pokémon Unite was chosen as Google Play’s best game of 2021 for its dynamic gameplay and cross-platform experience, as well as being one of the winners of Best Competitive game.