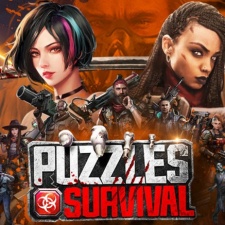 Having launched in August 2020, Puzzles and Survival is a free-to-play match-three game that generates around $16 million a month on Google Play.

Since its launch in August 2020, Puzzles & Survival has reached the top-grossing charts in multiple countries worldwide, including reaching 21st place in North America's top free games.

Flexion has stated that it will use its software to create versions of Puzzles & Survival for the three platforms.

"37Games is a major developer, plenty big enough to publish on alternative platforms for itself," commented Flexion CEO Jens Lauritzson.

"Through Flexion, 37Games is able to add its game to other platforms without significant investment, and gain an immediate boost in numbers.

"We will also work with the platform stores to maximise revenue with promo opportunities and events. We’re covering everything for Puzzles and Survival on Amazon, Samsung and Xiaomi, enabling 37Games to concentrate its resources on developing its games."

Android developers using Flexion’s platform have seen an average 10 per cent increase in revenue, and Flexion’s own revenue increased by 42 per cent (to $20.6 million) between April and September this year. The addition of Puzzles and Survival is set to further strengthen its portfolio.

37Games vice president Sally Peng added: "We think players on Amazon, Samsung and Xiaomi are going to love Puzzles and Survival, and we’re delighted to be making the game available to them. Flexion is a great partner, helping us to reach players on these alternative platforms quickly and easily."

Earlier this week, Socialpoint announced a partnership with Huawei to bring its two flagship titles, Dragon City and Monster Legends, to the latter's AppGallery.