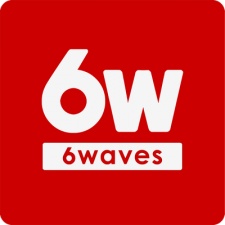 Update: Stillfront Group is set to fully acquire 6Waves for an initial consideration of $201 million, with 92 per cent payable in cash and the remaining 8 per cent in newly issued Stillfront shares.

Stillfront has stated that its decision to acquire the firm is due to the "significant potential to culturise and publish" its games across Japan and East Asia, and to publish 6Waves titles across Europe, North America, and MENA regions.

Stillfront Group CEO Jörgen Larsson commented: "We are very excited to be able to welcome 6waves to the Stillfront family. Stillfront has a long and proven history of developing and publishing evergreen strategy games, and 6waves’s titles fit perfectly into our portfolio. Expanding our presence in East Asia and specifically Japan, has been a strategic priority for Stillfront and we are happy that we have found such a talented team to help us on that journey. 6waves has built a very strong reputation as the leading publisher of strategy games in the Japanese market and we cannot wait to work closer with them as a part of Stillfront."

6Waves president Rex Ng added: "We are incredibly happy to become a part of the Stillfront family. Stillfront has built an impressive position within free-to-play globally and we look forward to playing an important role in the group’s expansion in Japan and East Asia."

6Waves portfolio of non-core games has been divested and will not be included as part of the transaction.

Original Story: Nexon has revealed that it is divesting from social mobile games publisher 6Waves and will sell its 34.8 per cent stake in the company to Stillfront Group.

Stillfront Group is expected to pay $93 million for the transferral of 26.5 million shares, scheduled to take place on January 31 2022. Nexon reported that its board of directors agreed to the sale of shares on the night of January 19 2022.

Nexon has stated that 6Waves requested the sale of shares to Stillfront to match the firm’s "vision of further growth in the future", with Nexon agreeing.

The Japanese firm is yet to finish analysing the impact the sale will have on its Q1 financial results later this year.

Nexon announced the news in a statement to investors: "In 2011, Nexon made a strategic investment in Six Waves Inc. for the purpose of aggressively expanding its domain of business into the social gaming field."

"The investment at the time was made with an expectation that the partnership will generate synergy between Six Waves Inc.’s track record in social games and Nexon’s track record in the operations of popular online games and its expertise in the microtransaction model of monetisation.

"Since then, Nexon and Six Waves Inc have not achieved the business results initially expected and the investment came to be positioned as pure investment at Nexon."

Following a 44 per cent fall in mobile games revenue in Q3 2021, Nexon has projected a year-on-year increase in overall revenue for its upcoming Q4 2021 financial results. In December, the firm consolidated two of its subsidiaries, Nat Games and Nexon GT, to create a new mobile game development studio, Nexon Games.

In other divestment news, Tencent recently raised $3 billion from the sale of 14.5 million shares it owns in Singapore-based Sea Group. The firm still retains an 18.7 per cent share in the games group.