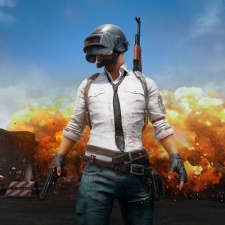 The PUBG creator reported Q4 revenues of $371.3 million, an increase of 26 per cent year-over-year, with PUBG Mobile responsible for $253.7 million of this figure. The firm has attributed the release of Battlegrounds Mobile India and PUBG New State for the boost in sales.

For the year, Krafton generated $1.57 billion in revenue, an increase of 13 per cent year-over-year. Similarly, the majority of revenue was generated by PUBG Mobile which was responsible for $1.18 billion.

As reported by Sensor Tower, PUBG Mobile was the highest-grossing game of 2021 and generated over $2.8 billion across all of its versions, including the localised version of the game for China, Game for Peace. This is not reflected in Krafton’s financials as Tencent operates the PUBG franchise in multiple territories.

Looking forward, Krafton is gearing up to release new mobile titles in 2022, including Road To Valor: Empires from Dreamotion and Defense Derby from RisingWings.

In January 2022, Krafton transitioned PUBG: Battlegrounds to free-to-play, following the successful monetisation strategy of the mobile version of the game. Whether this will cause a significant boost in the firm’s revenue will be evident by its Q1 2022 report.

In-house record-breaking has proven to be a theme of this financial season, with Zynga reporting its highest sales and bookings ever for both Q4 2021 and the full fiscal year.