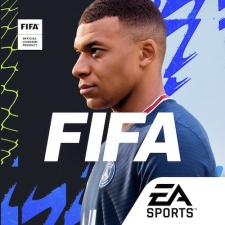 EA has revealed that FIFA Mobile is no longer available to players located in Vietnam.

In an official post, EA has stated that the reasoning for the service shutdown is due to "local regulatory issues", and that the game will be removed from the App Store and Google Play.

Not only will the games be unavailable to download, but those who have already installed the game will not be able to access it at all.

EA has not ruled out the possibility of the game coming back to the country in the future, but cannot yet confirm if this is workable. In place of this, EA Sports has stated it will "continue to pursue ways to engage" with its fans in the country.

Given the red card

This is not the first time that studios have pulled their games from Vietnam app marketplaces due to regulatory issues. In 2019, Supercell pulled its mobile games portfolio, including Clash of Clans, Clash Royale, and Brawl Stars, from the country due to issues surrounding local regulations.

Similar to China, games in Vietnam must be published by a studio with a local presence, with many developers deciding to pull their titles from the country entirely. Other studios partner with local publishers, for example, Call of Duty Mobile is published by VNG Games in the country.

Earlier this month, EA reported that its Q3 2022 mobile games revenues were up 78 per cent to $277 million as it witnessed its largest quarter in company history.

Naughty Dog shuts down mobile-exclusive Uncharted game after generating only $88,000